Mobile connectivity in buildings is a need, not a want 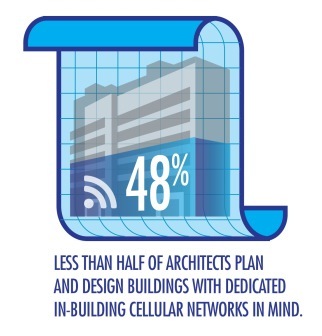 This massive and growing number of mobile devices and the large number of mobile connections that originate or terminate inside buildings (80%), highlight how important it is that we understand the nature of in-building network connectivity, particularly cellular connectivity.

The discussion about network connectivity is often dominated by technical considerations but it is essential that we broaden the discussion to include other key stakeholders such as architects, building/facility and real estate managers. A study that CommScope recently commissioned sought responses from this broader set of stakeholders, and the feedback makes for important reading.

Although a large majority of responses (73%) stated that cellular coverage in a building is as an ‘important’ or ‘very important’ factor, only slightly more than half (56%) always considered in-building coverage when working on projects. Interestingly, less than half (48%) of architects plan and design with dedicated in-building cellular connectivity in mind. This suggests that there is a gap between wants and needs; with building stakeholders appreciating the importance of cellular coverage in a building but not always deeming it critical enough to keep it top of mind. It is inevitable that this perception gap will close quickly.

What can we do to help architects, building/facility and real estate managers plan for wireless in the design process? 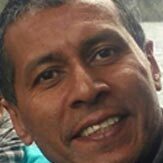 Dr. Ispran Kandasamy (Ish) works out of Singapore and Dallas as the global leader for CommScope’s Enterprise Building Solutions group. He leads a team of segment specialists and technical architects, located around the world, who are focused on helping customers design and implement their intelligent/smart building strategies.

Over the past 30 years, Ish has built up a proven track record in R&D, manufacturing, sales & marketing within IT, telecom/carrier and general communications industries. Previously, he worked as CommScope’s Enterprise sales leader for the entire Asia Pacific geography and also worked for Avaya’s Connectivity Solutions business as Managing Director for Asia Pacific based in HK. Prior to that, he was the Director of Channel Distribution and a sales manager for fiber infrastructure for Lucent Technologies based in London. Whilst at Pirelli Cables & Systems (now Prysmian) he lead a team that designed, developed and sold passive optical infrastructure.

Ish holds a doctorate of philosophy (Ph.D) in materials science and physics relating to optical devices from Brunel University (now University of West London), England. He is also the co-author of a number of patents.

CRN named CommScope's Bart Giordano to its 2020 list of Top 100 Executives. This annual list recognizes the trailblazing technology executives who are shaping, transforming, and positively disrupting the IT channel. Pramod Badjate explains Bart’s accolade in this blog.