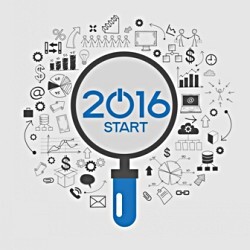 The United Nations released its 2016 Sustainable Development Goals, which include a focus on building resilient infrastructure as well as ensuring sustainable consumption and production patterns. This pushes businesses in all sectors of the economy to renew their focus on energy. According to studies at IEEE, telecommunications consumes more than one percent of total energy usage worldwide, roughly the equivalent to all the energy consumption by Saudi Arabia.

Power costs, along with rental cost and equipment/depreciation, are the three large operational expenses in running a network (whether it is wireless operator, data center host or broadband service provider), so they play a prominent role in every operator’s budget. Let’s take a look at three areas that can have the most impact for service providers.

There are five key areas where operators look atreducing power in their radio access network (RAN):

Equipment energy consumption is established during deployment but affects operational costs throughout the life of the product. As power amplifiers and various digital processing components become more efficient, they consume less energy and reduce cooling costs, which is a large consumer of power in its own right.

Resistive direct current (DC) loss occurs on the tower between the base and the remote radio head (RRH). When the distance between the tower and the RRH is large, the loss as current flows along the power cables can be significant.

RF loss that occurs after the last active component (the amplifier) directly impacts the system. Duplexers, cables, combiners, and antennas all reduce the amount of RF energy that is actually transmitted to the user.

Efficiency of RF transmission comes down to antenna patterns, as well as directionality of the antenna. In both setup and pattern, the antenna plays a very important role in the speed of the network and its power efficiency. Poor patterns and inexact alignments result in greater requirements on the active portion of the system, which requires greater power.

Distance to user simply means that the closer a user is to a transmission point, the less power both the user and the infrastructure need to transmit. Whether indoors or in a metro environment, smaller cells physically located close to the user reduces the power needs of each cell.

The building of the future will collapse several discrete networks into one system. Disparate data networks for managing everything from air conditioning to entry systems will be joined to the traditional Ethernet network, connected wired and wirelessly. The data networks are not the only area that will change. Power networks have had few changes in the past 100 years, but are starting to join the networking revolution.

In 2003, power over Ethernet (PoE)-compliant switches started moving power at DC, delivering 15 watts of power. This has increased to 25 watts and is planned to increase to 90 watts. Although transporting power at lower DC voltages over smaller diameter cabling reduces efficiency in transport, it improves efficiency in conversion and control, and massively reduces the cost and speed at which edge devices are deployed.

To take advantage of higher power, the draft standard IEEE P802.3bt supports power scaling between switch and powered devices, but requires high-quality cabling. The ability to regulate and shut down power to inactive devices is environmentally-friendly because it reduces total power consumption.

Broadband service providers need to deploy remote devices but are challenged when it comes to location and power to the edge. Network engineers plan a desired location, but the absence of local power that is economical forces placement in alternate locations. Deploying a hybrid cable, with both fiber and low voltage, fed from the same location is a great alternative to finding local AC power. Planning and deployment time is greatly reduced by this integrated solution. It can enable fiber to the demarcation points, metrocell deployments, and other outdoor edge devices such as Wi-Fi and security cameras.

With the increasing need to deliver more data for less money, network operators will continue to focus on improving their networks’ efficiency while keeping an eye on improved energy efficiency. Is your network doing enough?

Mr. Kurk has nearly 25 years of experience in the information and communication technology industries. He joined CommScope as senior vice president of the Enterprise business unit, then served as senior vice president and segment leader for the Mobility business, then as CommScope’s CTO, with overall responsibility for the company’s long-term vision and strategic direction, before finally assuming the role of COO.

He previously was an executive at Allen Telecom, which later became part of Andrew Corporation, and ultimately CommScope. At Allen Telecom and Andrew Corporation, Mr. Kurk held a variety of positions including director of business development in the United States and China; vice president of R&D, PLM, and strategy; and vice president and general manager of the Wireless Innovations Group worldwide.