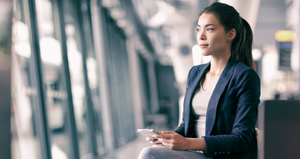 Is the 10G broadband drumbeat a real call to arms or the usual thumping of a ubiquitous hype machine?

The drums are beating pretty hard for 10G broadband these days, as anyone who attended last fall’s SCTE Cable-Tec Expo can attest. But network planners can be forgiven if they’re having trouble seeing any urgency when many are still working on their 1 Gig buildouts. While it has become a truism that customers will consume all the bandwidth they can get, there needs to be some credible substance to the suggestion that this next leap will pay off.

Well, as it turns out, a quick look over the generational horizon reveals all the evidence needed to demonstrate several trend lines rooted in the behavior patterns of Millennials and the Z generation behind them. The good news for cable operators is that, unlike mobile carriers pursuing conversion to 5G, there’s no forklift involved in cable’s migration to 10G. As spelled out in a landmark whitepaper presented at Cable-Tec Expo by CommScope engineering fellows John Ulm and Zoran Maricevic, DOCSIS 3.1 can be flexibly used in N+1/2 node configurations with reliance on 1 GHz taps to support full 10G, using all available downstream spectrum up to 1,218 MHz together with the upstream 85 MHz sub-split. Or, with implementation of the 204 MHz high split, they can activate 7-8 Gbps on the forward path and 1-1.5 Gbps on the return. Global conditions like the current transfer of demand from traditional office spaces to more dispersed upstream requirements are also impacting trends and adding to operator concerns.

CLICK TO TWEET: Is the 10G broadband drumbeat a real call to arms or the usual thumping of a ubiquitous hype machine? CommScope's Katy Moses explains in this blog.

A look at indicators pointing to 10G starts with the younger generations’ viewing preferences that have long been the primary force disrupting what had largely been a one-way, 2D video entertainment universe. According to a new Harris Poll, 65% of people in the 18-34 age bracket are now subscribing to at least one over-the-top (OTT) service and watching an average of 2.5 hours of that online content every day. As the Z generation pushes parents toward entertainment service choices suited to younger tastes, Millennials are becoming homemakers in their own right.

Globally, viewers across all age groups are averaging 6.8 hours per week consuming OTT video, with the U.S. topping everywhere else at 8.55 hours, according to a report from CDN operator Limelight Networks. In the U.S. 46% of broadband households were signed up for two or more OTT services in 2019 with 75% taking at least one, according to Parks Associates. Among pay TV households, the OTT penetration rate for at least one service stood at close to 52%.

With the average number of video-receiving devices now averaging about five per home worldwide and ten per home in the U.S., as projected by IHS, everyone but the youngest kids in the home can stream video at any time. Taking into account the mobile handoff to Wi-Fi, this means all that viewing is using cable broadband bandwidth no matter what type of device is in play.

At the same time, with ever more 4K UHD smart TVs entering the home, a growing share of the paid OTT service viewing is consuming bandwidth in the 15-25 Mbps range. Virtually all the leading OTT services are offering ample portions of their content in 4K UHD mode, often with HDR (High Dynamic Range) and WCG (Wide Color Gamut) enhancements. Adding to the bandwidth pressures, 4K is starting to take hold in the legacy TV space as well, with the global channel count jumping from 70 in 2017 to well over 250 a year and a half later, according to the latest figures from the UHD Forum.

Video reception at 4K bitrates is moving into the mainstream. According to Leichtman Research Group. And it’s sure to continue growing rapidly in light of Leichtman’s finding that 48% of non-4K TV owners planning to buy a new TV in 2020 were very interested in getting a 4K TV and 41% of current 4K TV owners were interested in getting another 4K set. As these demands for video streaming increase so does the sense of urgency among operators to provide optimized broadband and video delivery. What migration path will you take in 2020 and beyond? We would love to help.

Look for this blog series to continue with more from Massimo Disabato on How MSO’s can shape their HFC migration or explore our interactive tool now for more information on flexible migration paths, network architectures and 10G Broadband.

Katy Moses is an experienced marketing leader with over 15 years of experience in B2B communications across multiple markets and functional areas at CommScope. She currently has responsibility for the Broadband and Home Networks’ Global Campaigns. She holds a bachelor’s degree in Business Management.