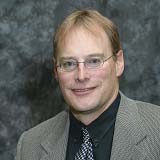 Note: we have been revealing in recent blog posts the top 40 innovations made by CommScope (or one of its acquired companies) as part of our 40th anniversary celebration. We continue today by revealing an innovation from the final grouping of innovations—the top 10—which are being announced in alphabetical order. These are our all-time greatest product and technology innovations. You can also review the complete list of innovations we’ve revealed so far and read more about the overall program and selection process in this November 4 post.

Cable TV operators wanted to expand their service areas to reach new customers, but older cable technologies (P1 and P2) didn’t provide the required reliability and performance. P1 cable was the first generation – its foam core didn’t have the dielectric properties needed to offer the low attenuation required to deliver broadband signals over long distances. P2 cable had lower density foam and solved the attenuation problem, but its polystyrene dielectric material was brittle and subject to moisture absorption. P3 used low-density closed-cell foam so it was flexible and watertight and had lower attenuation for higher bandwidth-carrying capacity. P3’s introduction led to the displacement of P1 and P2 in the market.

As the first practical, high-performance cable in the cable TV industry, P3 made it possible for cable companies to expand rapidly and grow into the giants they are today. P3 helped put the cable TV industry on the map as a telecommunications competitor, and supported these companies’ expansion into data services in the 1990s. P3 enabled high-speed data transmission to every home at a time when the telcos were stuck with twisted pair copper because building fiber-to-the-home networks was not yet practical. As a result, cable companies gained a significant advantage in the emerging Internet connectivity market because P3 cable delivered 50 times as much bandwidth as twisted pair copper.

Quantum Reach (QR) cable was an evolution of P3 that followed in 1984. QR offers a thinner outer shield, lower attenuation at the same outside diameter, and a welded outer conductor. Significantly, QR uses the same closed-cell foam technology as P3. QR was more flexible, but by 1984 the industry had standardized on P3 connectors, so QR cables were never the preferred choice because P3 and its connectors were ubiquitous. P3 technology also was transferred into CommScope’s early 50 Ohm product line, Cell Reach, which served cellular customers and is sold today as CommScope’s FXL product line.

P3 was key to CommScope’s early growth in the cable television market and became a springboard into the cellular cable market. With P3, CommScope built a reputation that served it well as it rolled out additional CATV products into the market. CommScope has always had the majority market share for P3 cable, and this product has contributed billions of dollars in revenue to CommScope. 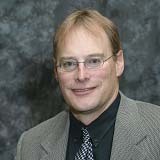 Rob Wessels is vice president of Cable Research and Development for CommScope, a global leader in infrastructure solutions for communications networks. For more than 20 years, Mr. Wessels has held various engineering management positions at CommScope. He has been involved in the design and development of twisted pair, coaxial and optical fiber cable for cable television, local area network and wireless applications.

He is a member of Telecommunications Industry Association/Electronic Industries Alliance TR-42 and developed 10 patents in the field of telecommunications cable design. In 2012, he received the Distinguished Career Award from the Wire and Cable Manufacturers Alliance.

He was elected to a second term as board chairman for the International Wire and Cable Symposium in 2011 and serves on the board of directors for the Communications Cable and Connectivity Association..

Mr. Wessels holds a bachelor’s of engineering degree from The Georgia Institute of Technology and an MBA from Georgia State University. He also serves on the Dean’s Advisory Board for the School of Engineering at the University of North Carolina-Charlotte.