Note: As part of its 40th anniversary observance, the CommScope team set out to identify the top 40 innovations that have come from CommScope (or one of its acquired companies) over the past 40 years. We are unveiling the innovations chosen for the Top 40 on CommScope Blogs through early January. Read more about the overall program and selection process in this November 4 post.

We continue today with our unveiling of innovations—in alphabetical order—that are ranked 11-20. You can see a list of the Top 40 innovations already revealed on our 40th anniversary page. As our 40th anniversary year draws to a close, we hope you enjoy looking back at what we think are our top innovations—ones that have helped build the world’s infrastructure of today and tomorrow.

The dual reflector feed assembly removed the need for soldering and waveguide fabrication and reduced time-consuming tuning operations to a simple test. Prior to this innovation, all microwave antennas (including the very early Andrew ValuLine antennas) used fabricated waveguide feeds that required craft assembly skills and extensive manual tuning at the factory. The dual reflector also made it possible to manufacture low-profile antennas that were about 50 percent thinner than what was commonly made while offering the same performance.

Prior to 1990, all microwave antennas were large – 1.2 meters or more in diameter and deployed in long distance trunk networks. The antenna feed systems required several hours of factory assembly and tuning. When the first GSM networks were rolling out, operators recognized that the development of high frequency, outdoor microwave radios provided an ideal solution to connect cell sites back to the core telecom networks. This application generated a massive demand for thinner microwave antennas that could perform as well as larger ones. The dual reflector antenna feed allowed for that demand to be met.

The dual reflector antenna feed accelerated manufacturing and reduced costs. Essentially, it made smaller microwave antennas manufacturable in volume by standardizing and streamlining the manufacturing process. It made antennas more cost-effective, and allowed mobile operators to deploy the first generation of low-profile antennas, which were more aesthetically acceptable on cell sites.

The technology has evolved since 1998 with improved designs and materials. The original sub-reflector and funnel evolved into a dielectric cone. The current generation of antenna feeds incorporates grooves at the cone end to enable more control over the reflector illumination and hence antenna radiation pattern. With this technology evolution, CommScope has eliminated the need for shields in the latest antennas whilst maintaining or improving product performance. 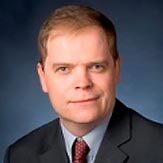 John Cole is vice president of product line management for the Microwave Systems team at CommScope. His career spans nearly 30 years to include initially working as a microwave engineer on active and passive radar components before moving to Andrew Corporation, where he became an antenna designer and co founder of the ValuLine Microwave Antenna business unit. In 1997, John moved in to a product line management role where he led successful businesses in both satellite antenna/electronics and microwave point to point antennas. John holds several patents relating to antenna design, an electronics/engineering diploma and a BSc (honours) degree in technology from the UK Open University.