CommScope Definitions: What Is Network Densification? 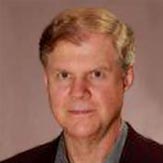 This blog post is part of a series called “CommScope Definitions,” in which we will explain common terms in communications network infrastructure.

Network densification is a term commonly heard in the wireless industry. Thanks to smartphones and tablets, wireless subscribers are using more network resources than ever before—and that amount of consumption continues to rise. Operators need to add more capacity to their networks to continue handling all the traffic while providing the network speeds those users expect. Network densification is a means for doing so.

Increased density also appears as a term in the data center and enterprise industries, but for a somewhat different reason. Real estate is expensive, so IT managers want to pack the most bandwidth into each rack as possible. This can be challenging as users consume more and more network resources. Increased density in the enterprise is about increasing the available resources without having to acquire more rack space.

Densification in either industry is about putting more network resources in the same amount of space. The driver is increased consumption by users—whether on a wireless network or in an enterprise. Densification is ultimately a means of delivering more of the high-quality, high-speed services that users demand.

Key Takeaway: Network densification is a way for wireless operators to add more capacity to their networks by adding more cell sites. Increasing density in the data center and enterprise industries is about increasing the available resources without having to acquire more rack space. 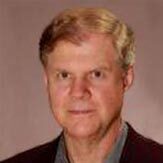 Erik Lilieholm is technical sales manager, Mobility Network Engineering. Erik’s diverse background in North America’s wireless communications industry dates back to the launch of the first cellular communications networks. He has built his expertise with Allen Telecom, LGP Telecom and Ericsson. With over 25 years in RF design, product management and technical marketing, Erik provides critical leadership to CommScope’s families of wireless network solutions—helping customers fulfill their present needs and future visions. He holds several patents in the field of wireless technology. Erik earned a Master of Science degree in electrical engineering from the Royal Institute of Technology in Stockholm, Sweden, and a Master of Business Administration from the University of Nevada, Reno.

From the design and management of future networks to the implementation, verification, and automation of these complex projects, CommScope’s Professional services team ensure that the biggest, most ambitious network shifts go off without a hitch. Read more about professional services and how they can help you.