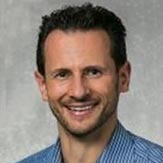 "Do you know how to optimize a nine-beam, multibeam antenna system?"

For those of you who have seen the AT&T television commercial called “Network Guys – Rock Band,” you might recall hearing this question posed by an AT&T engineer to a concert goer. They are inside a stadium apparently before a rock concert where two AT&T engineers are checking the DAS (distributed antenna system) network. In a humorous exchange, the fan responds to that question that he does not know how to optimize a multibeam antenna system, so it is obvious he has little chance to get a job with AT&T.

Many people (including my wife and kids) have asked me, “What is a nine-beam antenna?” A friend of mine humorously added, “Do YOU know how to optimize such an antenna system?”

CommScope developed the nine-beam antenna, which actually has two rows of nine beams, or 18 beams total. The nine-beam antenna provides significantly more capacity at events where a high concentration of users creates a lot of wireless network traffic. A standard antenna would not be able to provide enough capacity; however, the nine-beam antenna has narrow and high gain beams that create 18 separate service areas. This allows for the utilization of up to 18 radios. These multibeam antenna systems provide the capacity needed at popular events, where tens of thousands of people may gather, to transport subscribers’ photos, videos, texts and emails at good throughput speeds.

The funny part about the AT&T commercial is that the engineer poses a trick question. The nine-beam antenna solution is becoming more popular because of its simple installation characteristics. There actually is not much optimization needed because all 18 beams are already perfectly aligned to each other. Once the installation location of the antenna is determined, the individual beams do not need to be optimized. If only that music fan knew this, he might have a new job possibility.

Have you deployed a multibeam antenna system inside a stadium or elsewhere? How easy was the installation? 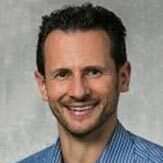 Holger Raeder is product line manager for the Base Station Antennas team at CommScope, having previously served as product manager at Andrew Corporation for a suite of enhanced software solutions. Before then, Holger was product manager for radio planning software solutions at LogicaCMG after working as an engineer at o2 Germany, C-LAB/ Siemens Nixdorf, Deutsche Telekom and Weidmuller. Holger has a degree in electrical engineering from the University of Applied Sciences Bielefeld.
See all posts by this author

What DOCSIS 4.0 Means for Broadband

With DOCSIS 4.0, the cable industry finally has the specifications to design the future of multi-gigabit broadband delivery—but the process is still very much in its infancy. In this blog, Tom Cloonan explains what DOCSIS 4.0 means for operators and consumers.