Necessities for Network Convergence in 2018 and Beyond (Part 1) 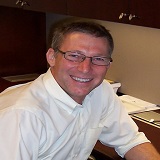 John Chamberlain January 16, 2018
Network convergence is defined as the use of multiple communication modes on a single network that offers convenience and flexibility that are not possible with separate infrastructures. As we look ahead to 2018 and beyond, the attributes of a solid converged network are flexibility, reliability and cost savings. While widespread deployment of 5G is still a few years off, there is much to be done behind the scenes to ensure networks are ready for the change.

The ubiquitous need for bandwidth in our Internet-centric world has driven landline networks, as well as more recently deployed wireless networks, to network convergence. In the future, all networks are moving toward delivering high speed digital data from a data or processing source, through a high bandwidth or “broadband” network, to a wireless distribution point and reverse for the upstream.

Now and in the Future

The next wireless network architecture evolution is 4G/LTE densification and 5G wireless. This evolution is a convergence of the physical assets of fixed networks and wireless access points. For example, in North America, LTE coverage is relatively ubiquitous. Wireless “coverage” is complete for all intents and purposes. The issue, as consumer demand for data increases, is capacity. Wireless capacity can be increased in several ways: better modulation techniques, more spectrum or spatially. 4G/LTE densification and potentially 5G mobility create more capacity spatially. More small cells closer to each other (250 meters) means that there are less users at each access point, which effectively creates more bandwidth per square meter. The promise of fixed wireless 5G in the sub 6 GHz range and millimeter wave band (i.e. 28GHz) creates more bandwidth with additional spectrum as well.

When we think of convergence, we generally are considering these three types of networks and their typical configurations:

These three different networks all look different when deployed due to the need to meet different communications applications. Now they are all beginning to resemble each other to the point the networks can and will merge into one, saving operator OPEX and CAPEX as equipment requirements also become identical. This is network convergence. It not only drives the networks toward looking the same, but CAPEX will be reduced as manufactures and NFV/SDN (network function virtualization/software defined networks) become standard.

CLICK TO TWEET: What are the three necessities for a network in 2018? Our John Chamberlain has the answer.

In a converged network, three things are required, one of which we’ll talk about here:

The requirement for power at every wireless access point is essential, but often assumed as available or even forgotten until the completion of network planning. Each legacy telecommunications network has different powering considerations. But make no mistake: the requirement for power in a converged network is real, and the importance cannot be overstated.

Legacy telephone networks, where twisted pair still exists and maintained, can provide low levels of power for small cells. In general, for a converged network, legacy telephony networks require utility power to be acquired unless a wireless access point is collocated at a power cabinet.

John Chamberlain is a director in the Office of the CTO at CommScope, responsible for understanding the market environment and technology trends that influence product development. Most recently, his focus has been on convergence of wireless and wireline networks, including power consumption, 5G Fixed and Mobile Wireless deployment, OSP physical location and remote reconfiguration technologies, and passive component Hyperscale data center evolution. At CommScope, he previously ran product management for the Broadband Products group including 75 ohm and products and introduced CommScope fiber optics product lines to the industry. He also owned telecommunications OEM companies including Norscan and Broadband Technologies. John is a Ramblin' Wreck from Georgia Tech.

Emotet malware may have been discovered in 2014, but it has evolved and is now considered one of the top internet threats. In the first of a two-part series, Heather “Mo” Williams explains the evolution of Emotet and its new capabilities.