It’s Time for You to Understand Microwave Backhaul Infrastructure 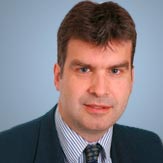 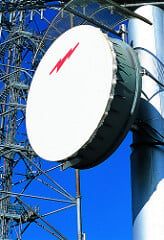 Technological advances facilitating reliable high-capacity data rates are allowing wireless (microwave) backhaul to maintain its position as a competitive alternative to fiber in mobile radio access networks (RANs). The traditional strengths of short deployment times, reliability and flexibility have been complimented by improvements in spectrum efficiency and the introduction of scalable IP/Ethernet radio and adaptive modulation.

Point-to-point microwave systems use directive antennas to focus radio signals like a beam of light and transmit them over line-of-sight distances. As a result, microwave radio represents a highly effective means of providing long distance service, especially over areas with difficult terrain where the installation of cable is economically or technically impractical.

Line-of-sight microwave systems have assumed a position of considerable importance in the telecommunication field. To understand why, let’s take a look at some early examples of long-distance communications and how microwave emerged as a great option.

The first attempts at communication over distances were extremely limited. Early man relied on fire and smoke signals to encode information over limited geographic areas. Centuries later, the Gutenberg printing press with a moveable typeface was developed. This revolutionized the mass production of written communication.

The optical telegraph (aka semaphore telegraph) was invented in 1792 and provided a more complex form of long distance communication. In the 19th and 20th centuries, communication systems evolved into the electrical era with the telegraph system. This evolution then led to the introduction of the telephone and television.

Heinrich Hertz proved the existence of radio waves in 1887. He used two rods to serve as a receiver and a spark gap as the receiving antenna. Where the waves were picked up, a spark would jump. Hertz showed in his experiments that these signals possessed all of the properties of electromagnetic waves as theorized by James Clerk Maxwell, known to most engineers and physicists as “Maxwell’s Equations”.

The first formal use of microwave was a relay across the English Channel in 1931. Data was transmitted over a bidirectional 1.7 gigahertz link, 64 kilometers between Dover, UK and Calais, France. By the late 1940s and early 1950s, microwave relay systems began to play a prominent role in communications. In 1976, the first digital microwave radio was introduced.

To support the higher data rates required for connecting 3G cell sites to the network, there was a lot of pressure on microwave equipment vendors to push the envelope. In 2008, the development of adaptive modulation radio enabled a microwave link to vary its data rate according to the atmospheric conditions. To address consumer’s ever increasing appetite for data today, microwave radio vendors continue to create radios with more complex modulation schemes.

Interested in learning more about the design and licensing of point-to-point microwave communication systems? The SP6700 Microwave Path Engineering Fundamentals course has been developed by Comsearch. Comsearch’s experts in microwave design and frequency engineering have helped to design more than 200,000 microwave paths since 1977. 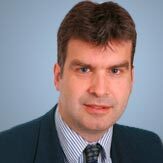 James Donovan is Vice President of the CommScope Infrastructure Academy. James joined CommScope in 1993 and has held positions in Sales, Technical, Marketing, Training and Business Development and served most recently as VP of Digital and Creative Services for CommScope. James oversees the CommScope Infrastructure Academy, which is CommScope’s partner and customer training platform. Prior to joining the company, he held positions at GEC, ITT and Alcatel. He holds a Masters Degree in Engineering and a BSc Honors degree in Electrical and Electronic Engineering.