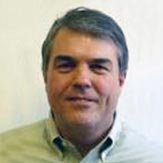 The US Federal Aviation Administration (FAA) is undertaking what The Washington Post calls the “extraordinarily complex” task of transitioning the country’s air traffic control system from a radar-based to a GPS-based aviation control system.

In November 2014, the FAA announced the first deployment of its Next Generation Air Traffic Management System (NextGen) in North Texas. The benefits of the transition, which are already being realized, include lower fuel consumption, more efficient and direct routes, and better departure times.

Comsearch, a CommScope company, provides spectrum management, software and data solutions to the wireless market, is involved with two aspects of NextGen. We have supported the deployment of the Automatic Dependent Surveillance–Broadcast (ADS-B) system, and more recently, we are on the Harris team supporting the Data Communications Program.

I am proud to share that Comsearch Government Solutions won the Partner Excellence Award from Harris Corporation for the services provided in support of this project.

A Comsearch team is responsible for drive testing ground sites at major airports, conducting data analysis, generating reports and following up with the Harris/FAA team. Harris issued the Partner Excellence Award to Comsearch Government Solutions for a variety of reasons, including:

Congratulations to the Comsearch team involved in this important work and thanks to Harris for recognizing them. It is great to be recognized for performance excellence, especially on a critical, high-visibility project like NextGen. Look for more announcements about successful roll-outs at major airports and the improvements that NextGen is sure to bring.

Brian Downs serves as the director of Comsearch Government Solutions. His group performs wireless engineering and RF field measurement services for the Defense Spectrum Organization (DSO), Army, Air Force and the Federal Aviation Administration (FAA). Brian has more than 25 years of experience in the wireless industry and has been involved in many aspects of commercial and federal government spectrum engineering since joining Comsearch in 1989. Brian earned a bachelor degree in electrical engineering from the Georgia Institute of Technology.

Keeping microwave antennas in the eye of the storm

High winds and inclement weather pose a challenge for communications infrastructure in general, and microwave antennas in particular. Operators often experience trouble with paths due to misaligned antennas and damaged towers in the wake of heavy storms. Kevan Williams explains in this blog.